... and botanists go out in the mid-day sun on the hottest day of the year so far. Crazy, but I'm not one for wasting sunshine (I live in Leeds after all), especially after a spring lost to covid and excessive rainfall. So, I took one of my lazy weekend routes out along the shade of the river corridor towards Mickletown (VC63) and then back via St Aidan's (VC64).

Over the winter the Canal and River Trust had cleared a path through the woodland on the river bank near Lemonroyd Marina (VC63). This new route gave me the first good find of the day - several bushes of the irredeemably pungent Stinking Tutsan (Hypericum hircinum subsp. majus). A new species for my home patch. 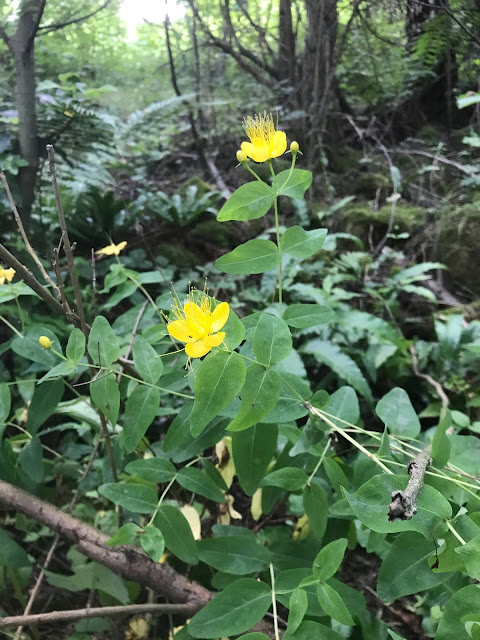 Further on was a bush of hazel yet to be stripped of its nuts by voracious grey squirrels. This is one of the hybrids between the native Hazel (Corylus avellana) and the Filbert (Corylus maxima). This form could be easily mistaken for the latter but the involucre is not fully closed over the nut and consequently the nut is visible. This would key, given the nuts are obviously longer than wide, to the form Peter Sell distinguished as Corylus avellana f. schizochlamys. However, the length of the involucre and the pronounced pinching over the nut means it is not a good match. It looks to have much more of an influence from Corylus maxima than is typical for this form. 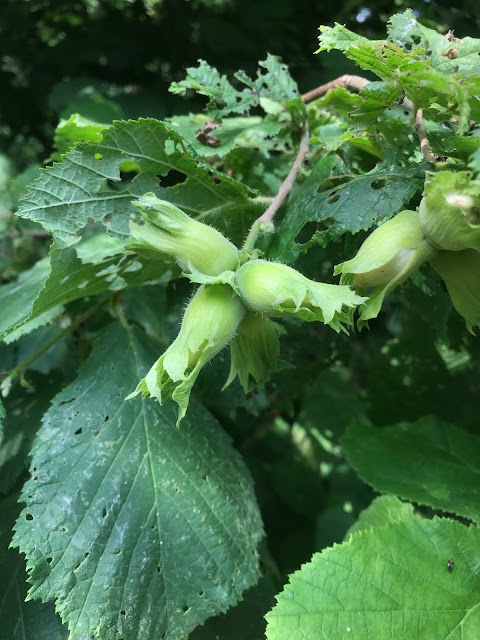 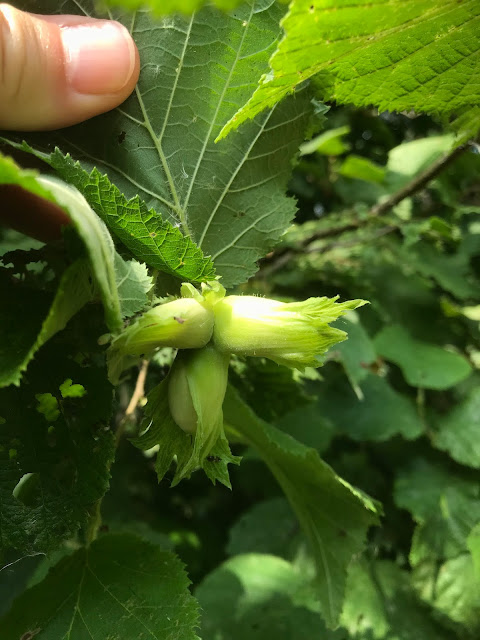 Further on, and handy for comparison purposes, I found another bush likely to be part of this hybrid spectrum. Its a common form with very large nuts that are about as long as wide. Under Peter Sell's classification it can be called Corylus avellana f. grandis. Again the involucre exceeds the nut, which is a trait potentially derived from Filbert. 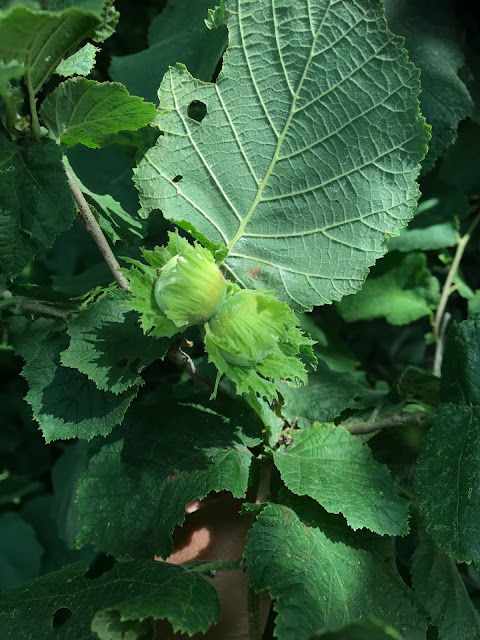 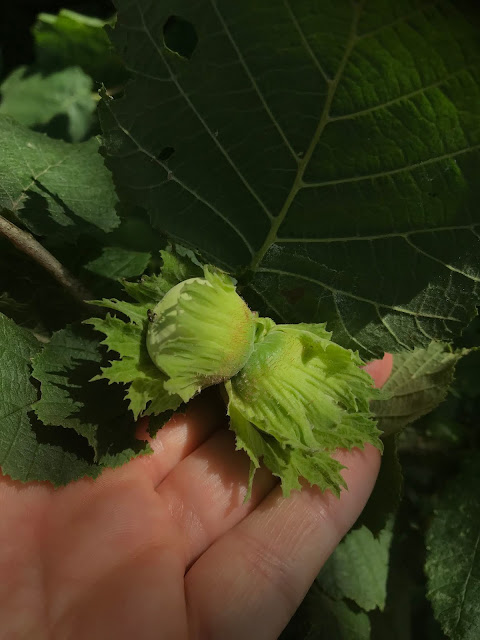 Out in the sun near Mickletown (VC63) there was an impressive mixed stand of Broad-leaved Everlasting-pea (Lathyrus latifolius), a garden escape. The pale-flowered plants seems a good match for the cultivar 'Rosa Perle', while the darker ones seem to be 'Red Pearl'. 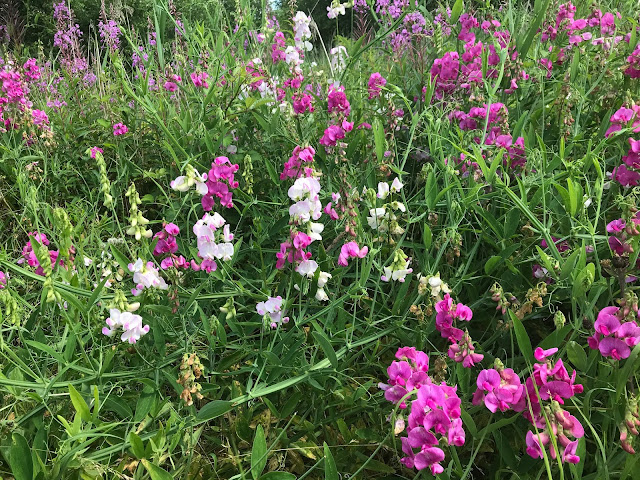 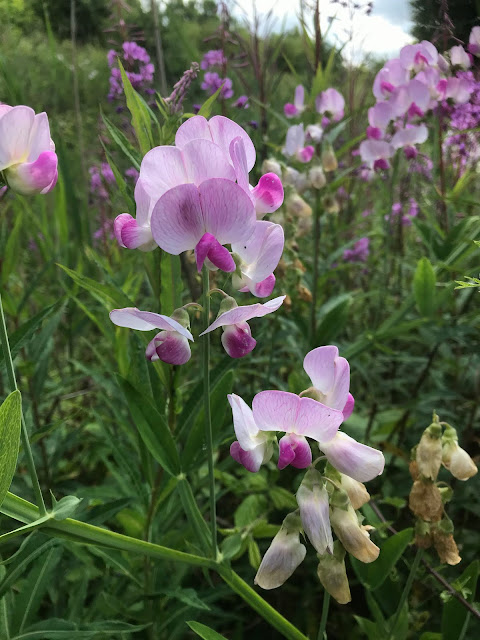 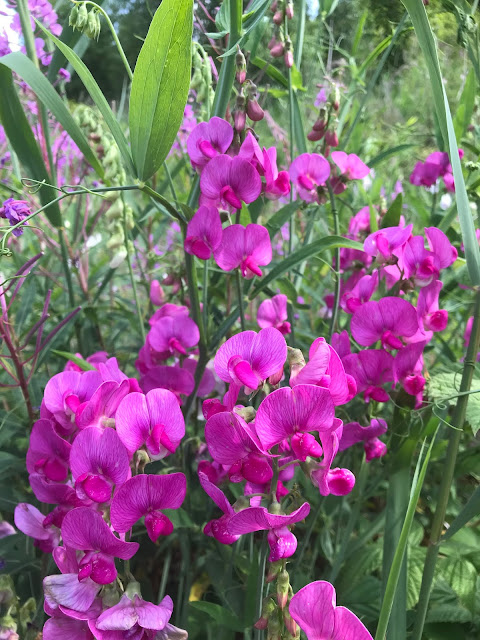 Next to the pea was a distinctive bramble. This being, Slender-spined Bramble (Rubus elegantispinosus), a species that I learnt under lockdown last year. Baby steps with this genus. I remain ever hopeful for a regional handbook with photos. 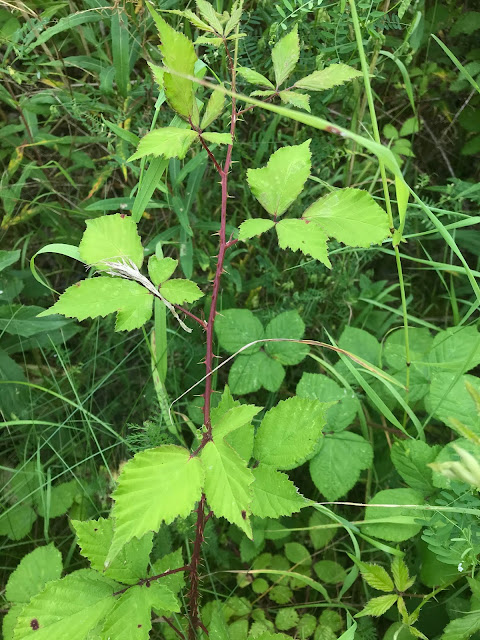 The final treat of the day was the swathes of Hare's-foot Clover (Trifolium arvense) lining the track through St Aidan's (VC64). This species has exploded in numbers in recent years and is always a welcome sight. 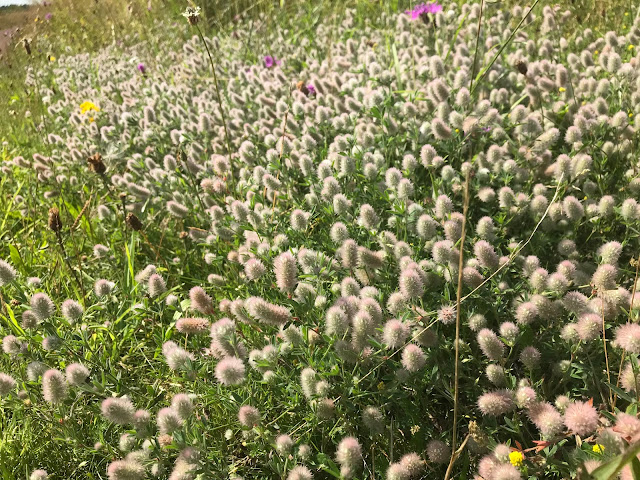 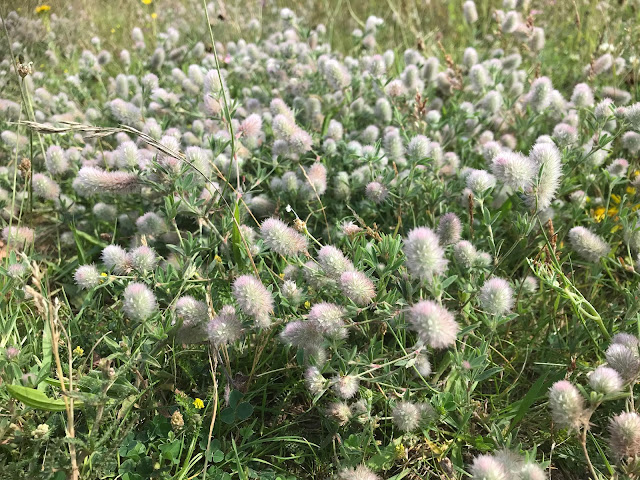 Posted by David Broughton at 19:35