Ian Dawson sends news of Moth Mullein (Verbascum blattaria) by the Haul Road at Paxton Pits, showing that there are still some nice plants around despite us being nearly into November.

These plants are white flowered (f. albiflorum), so with potential to cause confusion given this species is widely cited as yellow flowered. White forms are common in cultivation. Photo from Ian below. 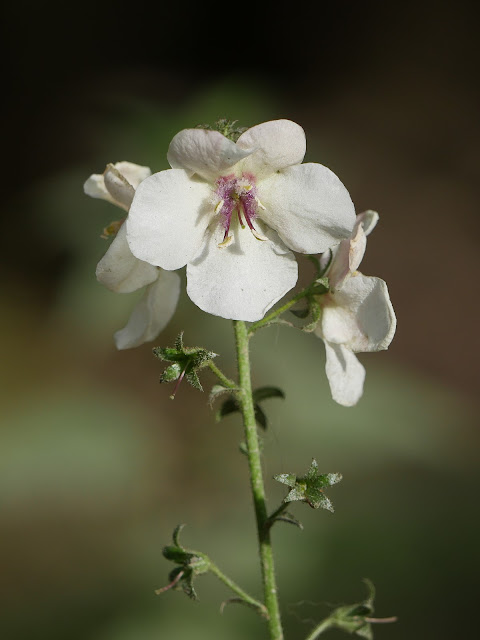 Posted by David Broughton at 18:25 No comments:

Water Bent - Over Looked and Under Recorded?

There are very few records of Water Bent (Polypogon viridis) for VC64. Indeed until last week, just three, all by me, and all from the Leeds area. The first record was from a garden centre in Yeadon, but I have since found two new locations in Leeds City Centre. Mike Wilcox has now added a forth record, for Horsforth approximately halfway between Leeds and Yeadon.

I suspect there will be more records to be made in Leeds. Now onwards is a good time to look as in urban areas it keeps flowering all winter, and therefore it stands out without other grasses to distract attention.

Photo by Mike below showing typical habitat. I would be pleased to have more records. 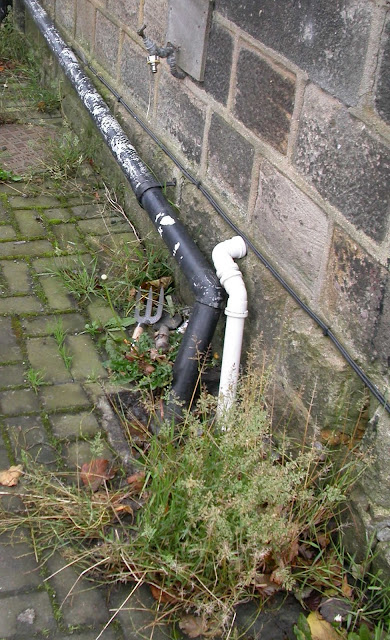 Posted by David Broughton at 21:08 No comments:

The weather has been pretty ropy recently for botanising far from home, so I have been making use of gaps in the rain to get out on my local patch. The concept of a local patch is one well known to birders, and I think its something more botanists should embrace. Still the urge to jump in the car occasionally, in favour of developing a deeper sense of place. As a VCR its amazing how many records I receive for the same honeypot locations over and over again. One group will visit one year, another the next, another the next and before you know it the first group is visiting again. There are of course benefits from this, who doesn't want to visit nice sites, it keeps the records up to date, and the combined data is potentially worth more than the sum of its parts. But at the same time there is a big wide world out there, much of it is comparatively poorly botanised, and there are still some exceptional sites and plant populations waiting to be found.

Quite often the areas most poorly known are those on our own doorsteps. And yet these are the very locations we have the luxury of getting to know intimately, through the seasons and across the years. My local patch encompasses anywhere I can readily walk to from home, so allows for a variety of circular routes and diversions over a two to four hour period. It takes in the village, two VCs (63 & 64), rivers and waste ground, arable and woodland, post-industrial sites and ancient meadows. But a lot of bog standard suburban and rural habitats. So I am always amazed that there are still new things to find five years on. A slight difference in date or direction, and the familiar is thrown into new light and something new catches the eye. The more you walk a route the more you see, the background quite literally bleeds into the foreground as the eye detects increasing detail and the brain perceives even greater subtleties in shade and form.

Here are some recent highlights from my local patch. A bit heavy on the non-natives, but to everything there is a season ... (turn, turn turn, you know the rest!). I would be keen to receive news from the local patches of others to help build up knowledge of all those overlooked little corners where the mundane mingles with the unexpected.

This year seems to be the year of Greater Duckweed (Spirodela polyrhiza), a great rarity in VC64. It has come out of nowhere, with Mike Wilcox finding it along kilometres of the Leeds & Liverpool Canal upstream of Leeds, while I have found it on the Aire & Calder Navigation in Woodlesford with abundant Fat Duckeed (Lemna gibba).

An area where earth had been moved earlier in the year by Rothwell Football Club has rewarded me with both (not so)Common Ramping-fumitory (Fumaria muralis) and the quirky (but otherwise past its best) rusty orange fruiting spikes of Quinoa (Chenopodium quinoa). 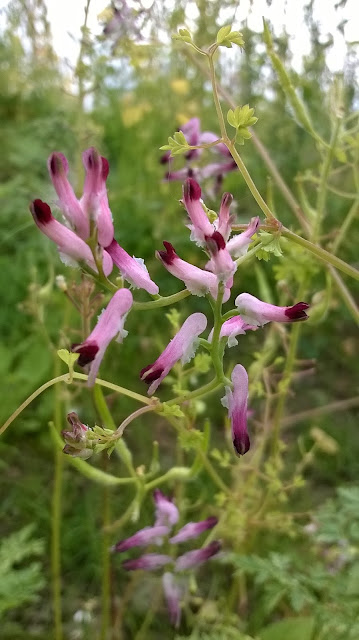 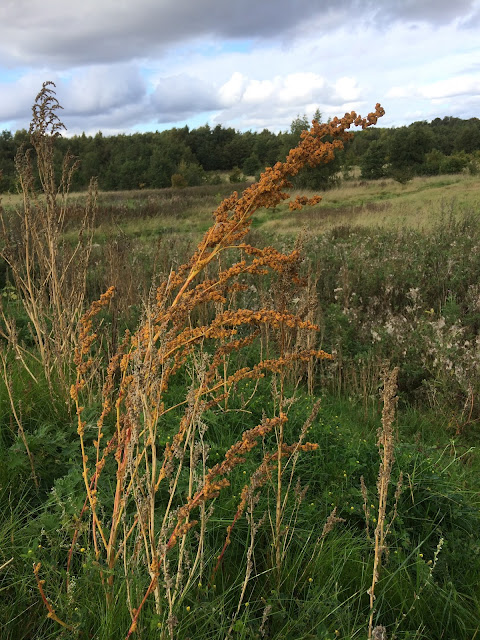 Down at St Aidan's there were a few fruiting plants of the VC64 rarity Nodding Bur-Marigold (Bidens cernua var. cernua). 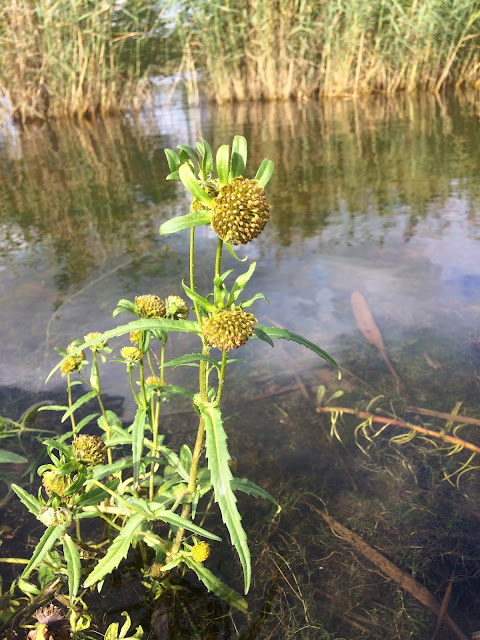 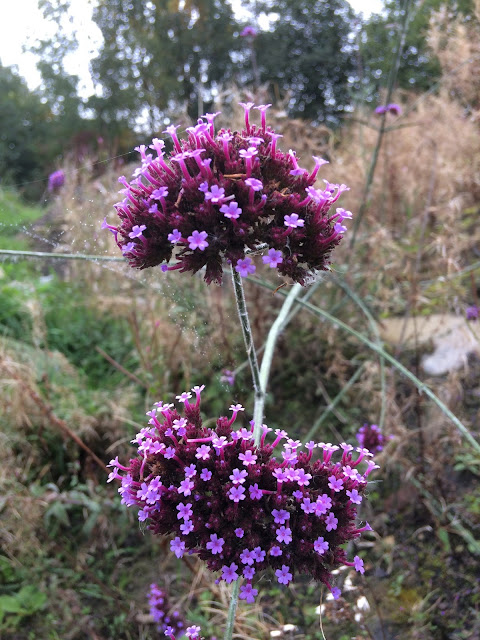 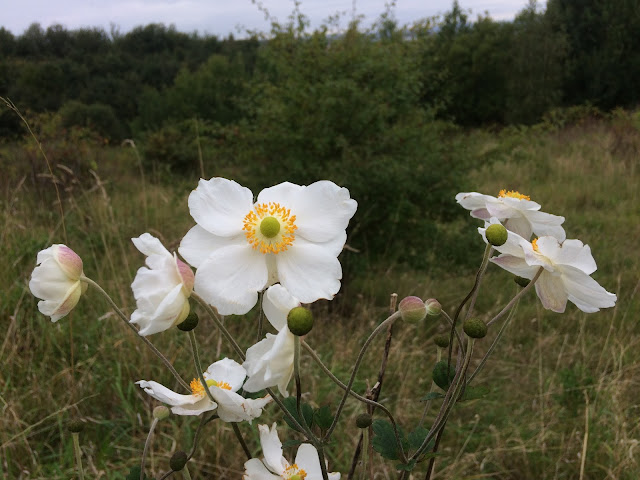 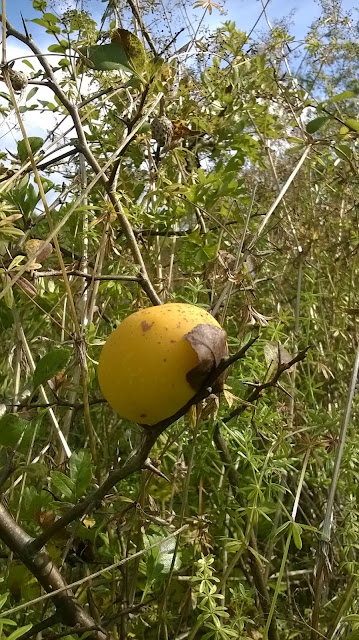 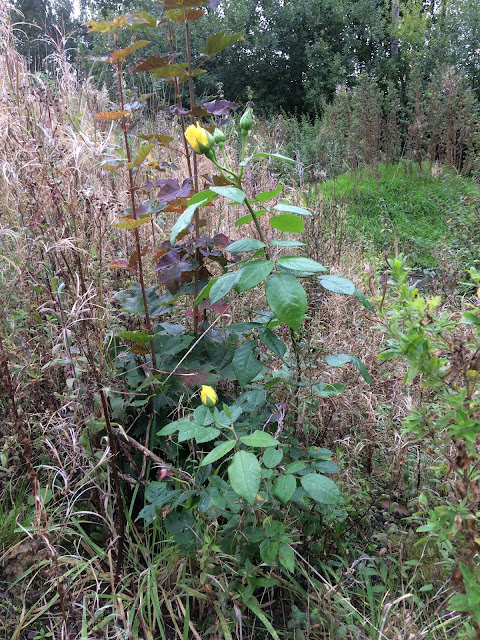 Elsewhere the stuff of nightmares. Floating Pennywort (Hydrocotyle ranunculoides) in the Navigation. In theory finding this plant, while still so tenuously established, is great as it affords the opportunity for a rapid response to protect the canal and river from further spread. Unfortunately this does not account for the ineptitude of the Canals and Rivers Trust, which has not to date lived up to its self-proclaimed role as "protector" and "custodian" of England's waterways. This despite having been informed in July (photo late September) and having direct management control over this location. 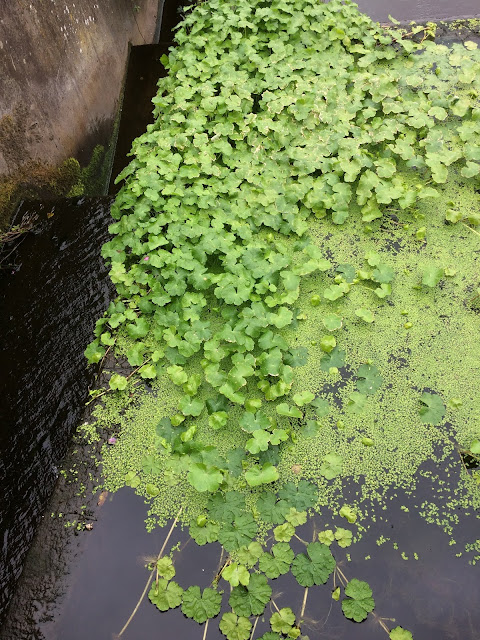 Less troublesome but widely planted and naturalised in the local area are Swedish Whitebeam (Sorbus intermedia) and Mougeot's Whitebeam (Sorbus mougeotii). Note the greater number and closer arrangement of the leaf veins of the latter. 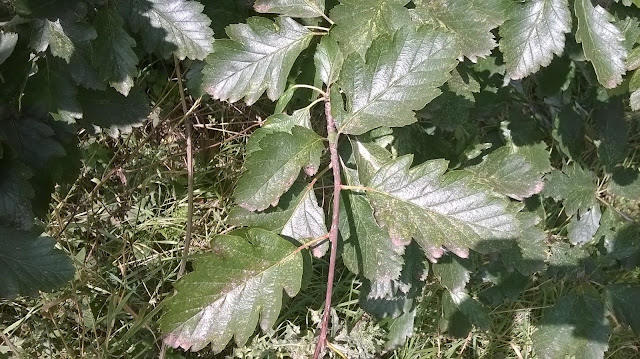 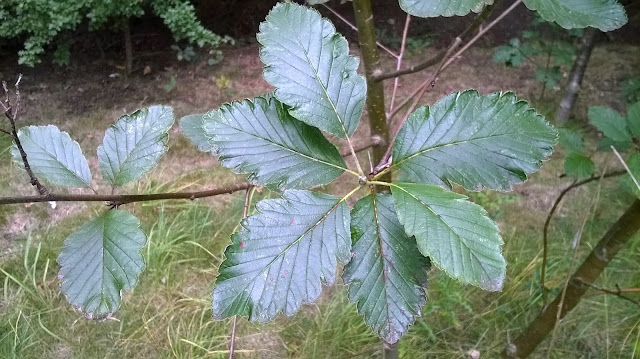 And of course I always have one eye open for the infraspecifics. I'm not sure if I am just noticing it more now that I know it exists, or if it is genuinely spreading, but I do have a soft spot for this variety of Prickly Sowthistle (Sonchus asper subsp. asper var. integrifolius). This time at Swillington Park. 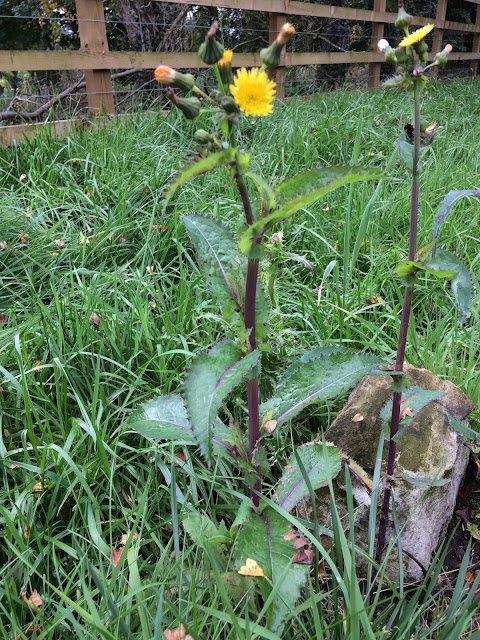 Here's to what the next season has to offer. Happy hunting.


Posted by David Broughton at 18:06 No comments: