I was out taking one of my regular routes around my home patch, and found this little chap on the drawdown of Skelton Lake. 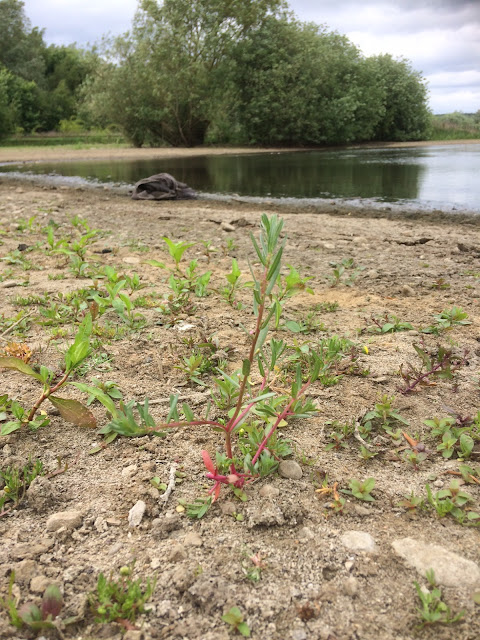 Ok so the photo can only be described politely as a 'record shot', but what a surprise to find Grass-poly (Lythrum hyssopifolia). As per usual whenever I make a good find, it was outside my VC and just inside VC63. But I'm not complaining, a species I had only seen once before and then only because I was shown it, and a completely new location for this rare and unpredictable species. This seems to be the first record for VC63 since 1923. I hope the geese leave it alone so it gets to set lots of seed for next year.
Posted by David Broughton at 17:11 No comments:

My trip over to Ilkley (VC64) at the weekend proved more eventful than I could have hoped. First slipping off a boulder and falling backwards into the beck at Heber's Ghyll and then, after salvaging my notebook from the water, regaining my composure and checking for broken bones, finding a particularly nice bramble in the wood.

Following advice from David Earl this seems to be Thornless Blackberry (Rubus canadensis), a native of North America. It has impressively tall, and typically biennial, arching canes with no prickles. In this case the flowers were particularly large and impressive, and from a distance I thought I was approaching a bush of Mock-orange (Philadelphus sp.) as it was so showy. This is the first record for VC64, and also seems to be the first for Yorkshire. 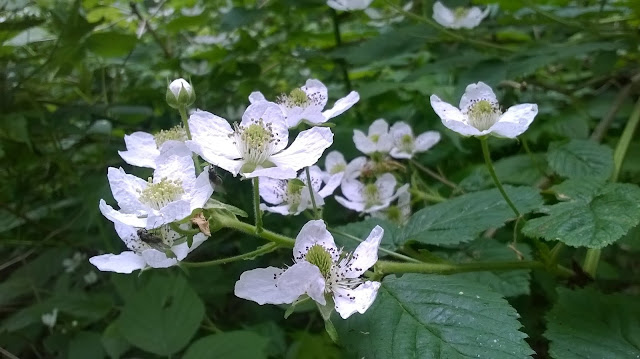 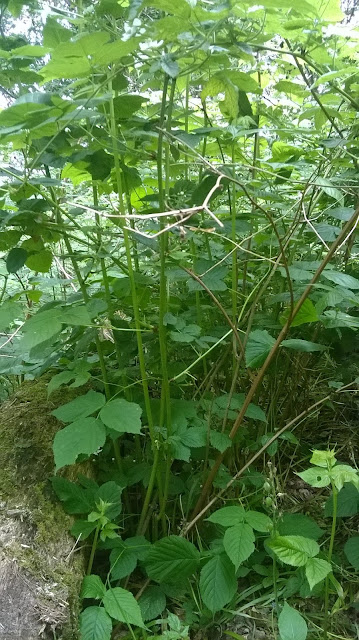 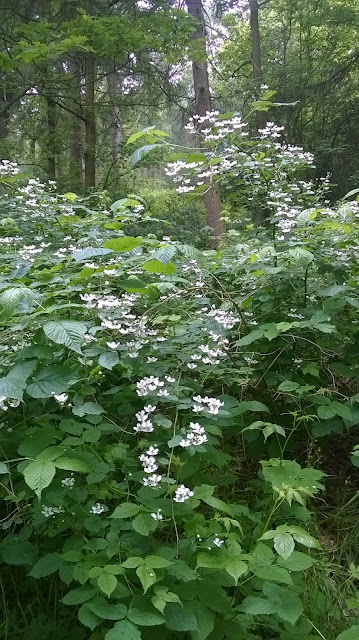 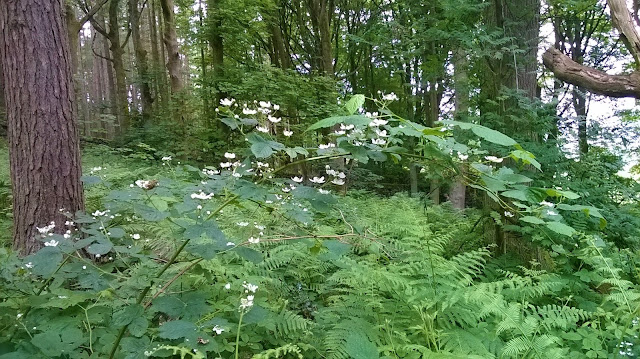 In a wooded ghyll in Ilkley proper there was a small colony of this enormous Lord's and Ladies. A problem for another day but looking too big to be Italian Lord's and Ladies (Arum italicum) proper, despite the veining on the leaves. For scale, the OS map in the photo is approximately 22cm tall. 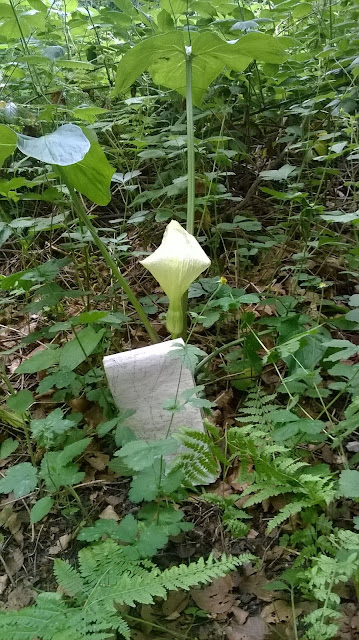 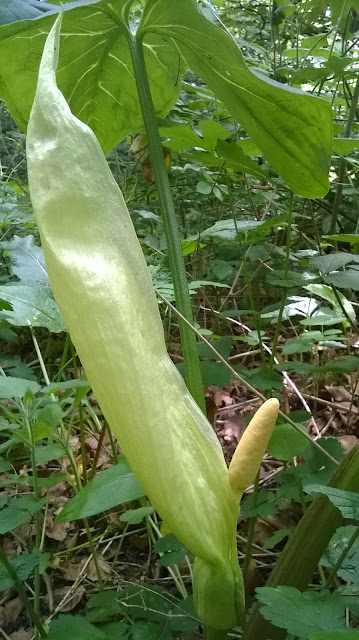 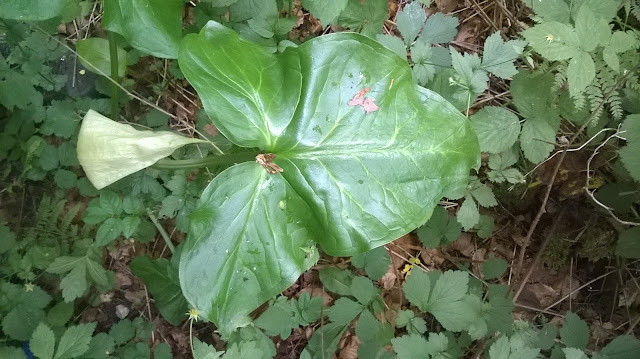 At the Old Bridge it was nice to finally see the thriving Fairy Foxglove (Erinus alpinus) colony in flower. I had not appreciated that there was a mix of pink and white flowered plants here. Photo of the latter (var. albus) below. 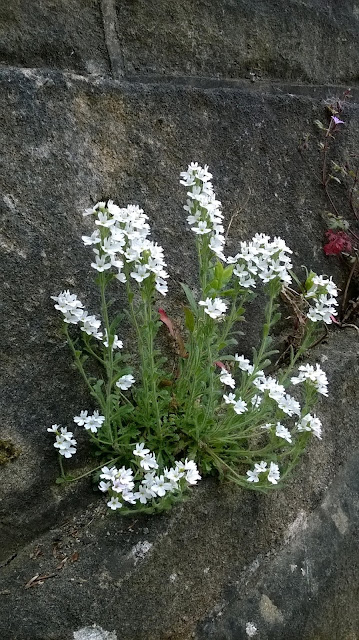 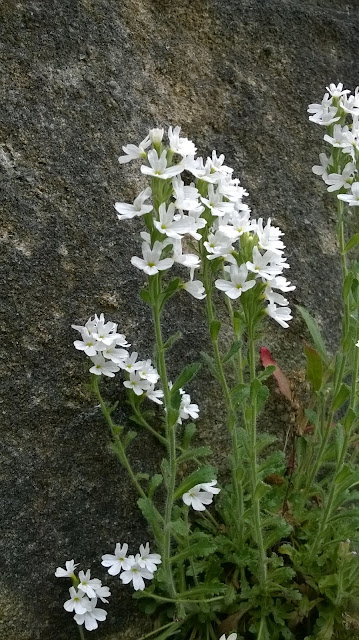 Elsewhere as a street weed was a double-flowered (technically semi-double so fertile) form of Welsh Poppy (Meconopsis cambrica 'Flore Pleno') that I had read about but never seen before, despite the abundance of this species as a naturalised plant in the VC. Terrible photo but you get the idea. 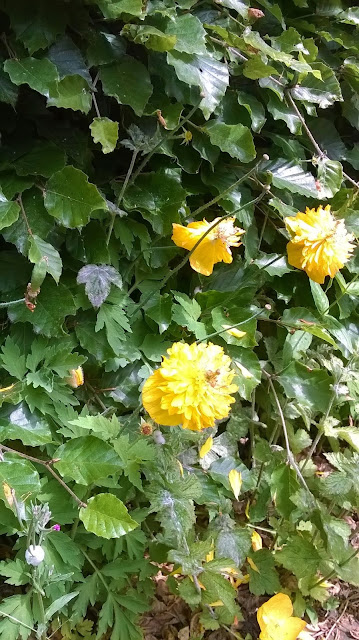 In Panorama Woods there is an abundance of Persian Ivy (Hedera colchica). It is well known here but I don't think anyone before has noted this as being the original introduced form i.e. var. dentata or 'Dentata' (depending on preference). Note the small teeth on the leaf margins. 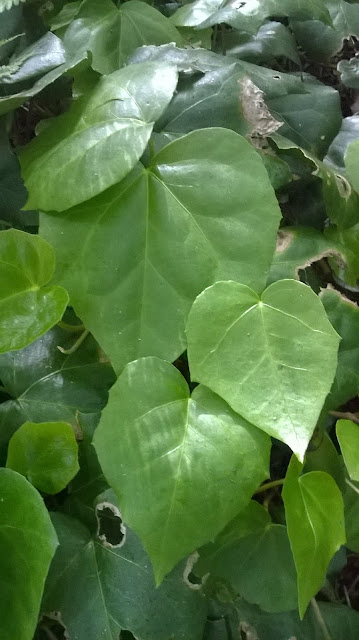 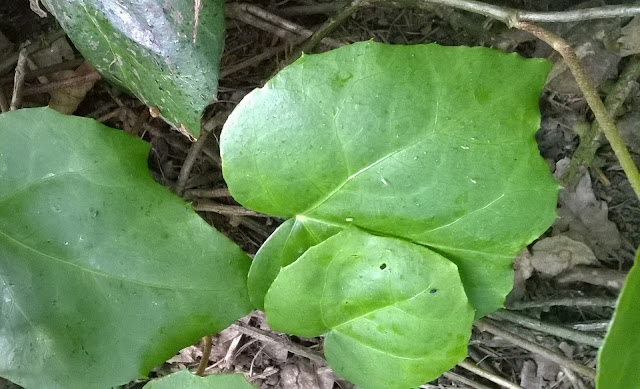 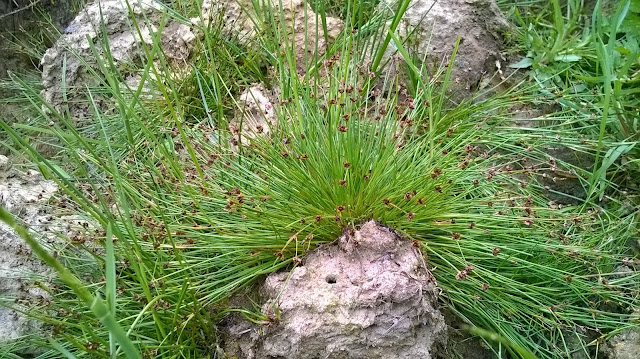 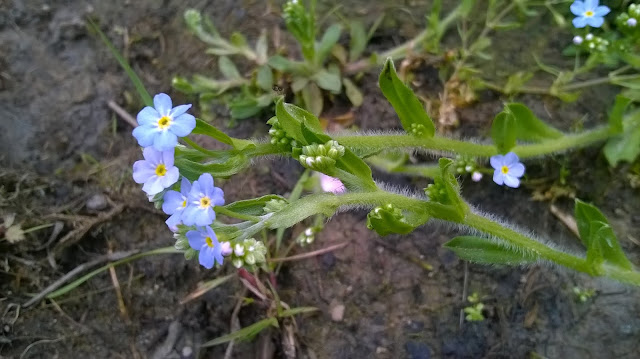 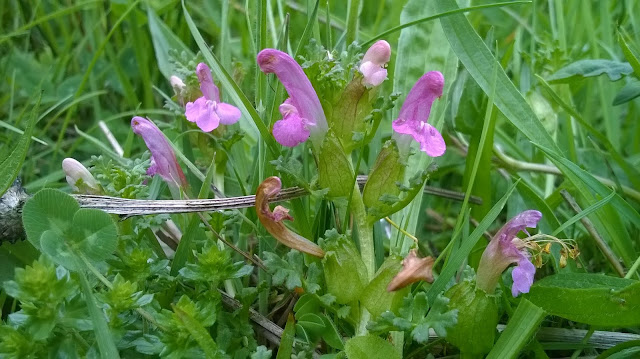 Posted by David Broughton at 20:20 No comments: