I recently had a day botanising in the Clapham area (VC64), including around The Lake where Reginald Farrer introduced so many new exotic species to his estate.

Heading up to the Caves this fabulous form of our native Ramsons (Allium ursinum) caught my eye. Several clumps all with the same bright yellow midrib. If anyone knows the name for this variant (assuming it has one) then please leave a comment as I would love to know.

Whether it is a chance mutation at this location, as it grows with the typical form, or a prized introduction from elsewhere is hard to know. It deserves greater appreciation as at present it is slowly disappearing under dense regenerating tree saplings. 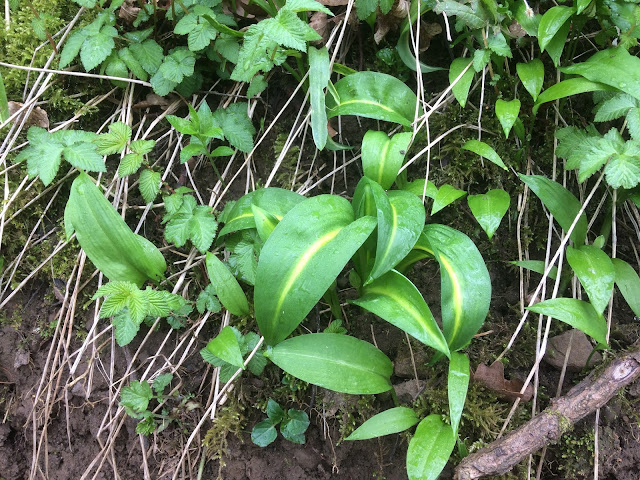 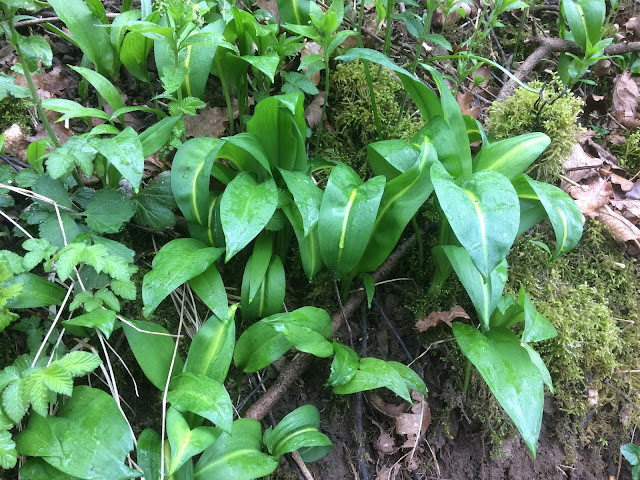 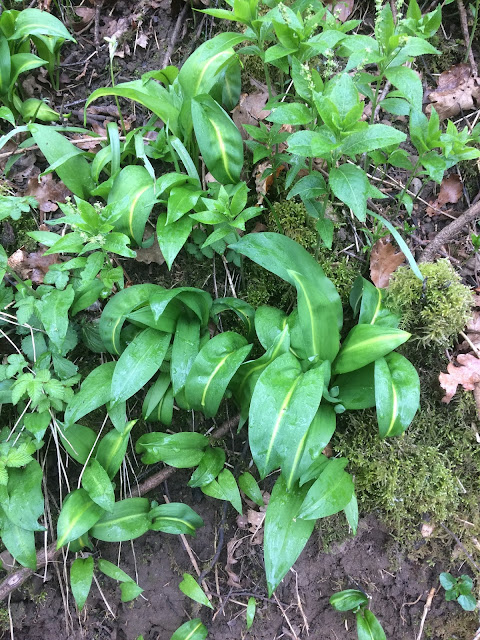 Posted by David Broughton at 20:56 No comments:

I have just spent a rather frenetic few days making the most of the recent heatwave to do my first square-bashing of 2018 for the New Atlas, as well as for the Flora of Fenland project. My day down in the Colne and Earith area of Huntingdonshire proved rewarding with two new county records. Interestingly these were both Alliums.

First up was a stand of Few-flowered Garlic (Allium paradoxum) on Meadow Lane. This is a species I know well from VC64 where it is widespread and abundant, particularly along river valleys where the spread of bulbs is facilitated by water. I suspect it may have been brought in with spoil at this location, but not recently. 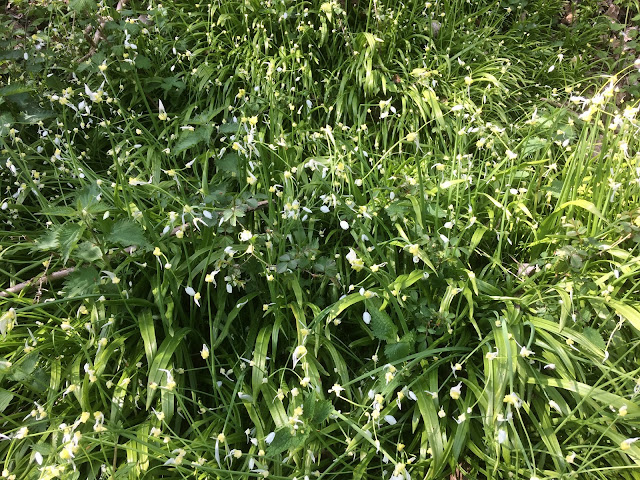 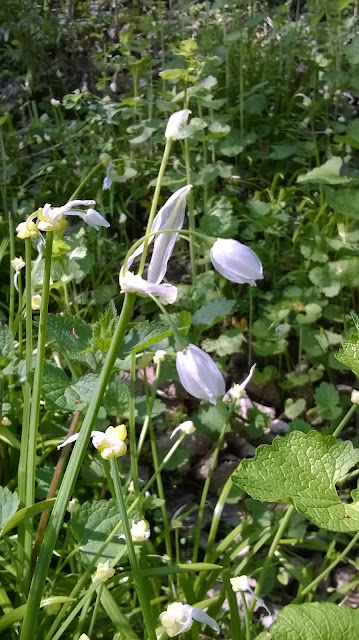 The naturalised form is var. paradoxum which has most of the flowers replaced by bulbils. Its a bit of a scruff and makes you wonder who ever thought it was a good idea to introduce it to this country.

The second find was another species with potential to become a bit of a thug. This was Three-cornered Garlic (Allium triquetrum) on a ditch bank in Colne. I couldn't get to it for a photo, so here is one from Wikimedia Commons.

Interestingly the latter species was also growing with what in the UK we know as Spanish Bluebell (Hyacinthoides hispanica). This is my first observation of this species in VC31 (its common in VC64), and I had to date not trusted previous records. This robust species is triploid and bears little resemblance to the wild Spanish plant; current thinking is that it may have evolved in cultivation, but more work is needed. I had only seen the hybrid (H. x massartiana) since taking on the VC in 2008, and it is proving quite widespread. Despite being far more common than Spanish Bluebell, the hybrid still seems to be widely misunderstood and under-recorded in some quarters.
Posted by David Broughton at 19:33 No comments: