Spring is nearly here so time to get back into this blogging lark. As a warm-up for me, I am going to start with a random assortment of attractive and/or quirky shrubs found over the last month or so in VC64.

Starting with a native, I can't really beat Howard Beck's find and photos of Mezereon (Daphne mezereum) near Selside. 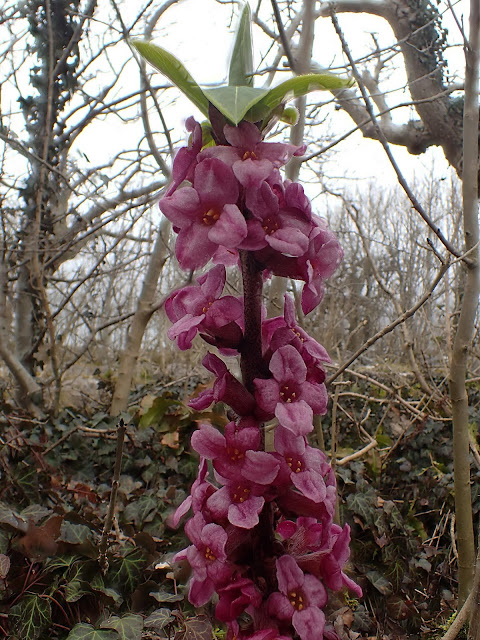 Also from Howard was this unusual form of Yew (Taxus baccata Argentea Group) at Holden. The fastigiate form is common in churchyards, and sometimes you find the golden form, but I have not seen this cultivar before. Hopefully it will survive and grow into a fine tree. 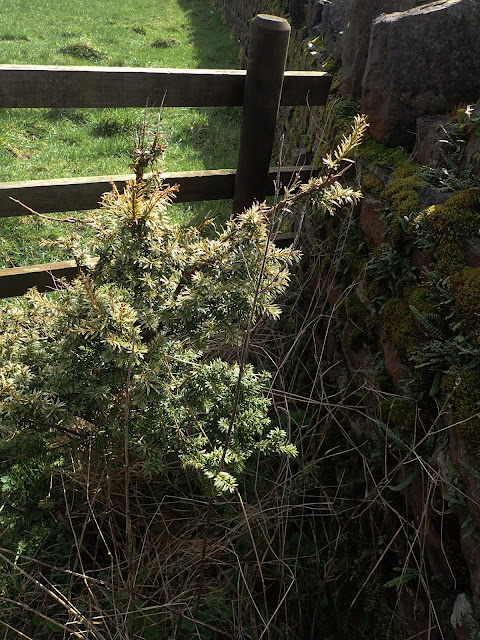 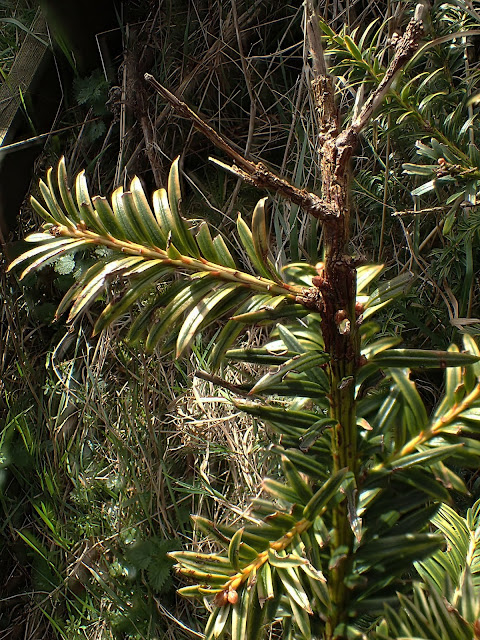 Keeping with the variegated theme, but with added spines, was this curious Holly I found at Ilkley - Ilex aquifolium 'Ferox Argentea'. It appears to be a bird sown occurrence, as the location suggests a planted origin is unlikely. 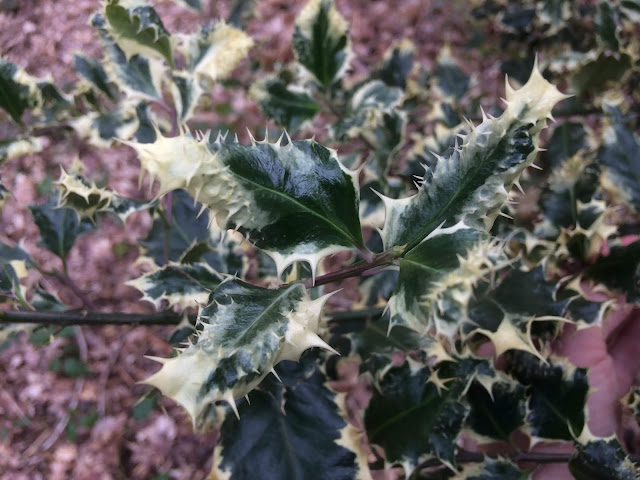 Next a climber, this is the third most common ivy in VC64, rivalled for distribution only by Hedera helix f. helix and Hedera hibernica Hibernica Group. This is Hedera helix f. pedata (deliberately avoiding use of 'Pedata' given all the wild occurrences are bird sown and therefore not the true garden selection) which I found in two locations around Ilkley, one in Heber's Ghyll and one near Cow and Calf. Photos of both in that order. 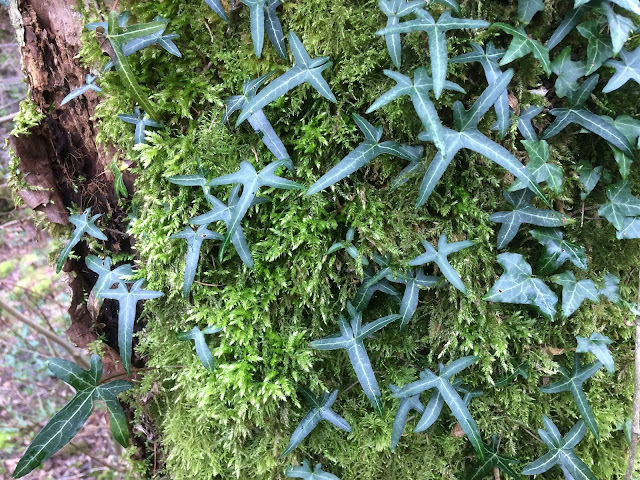 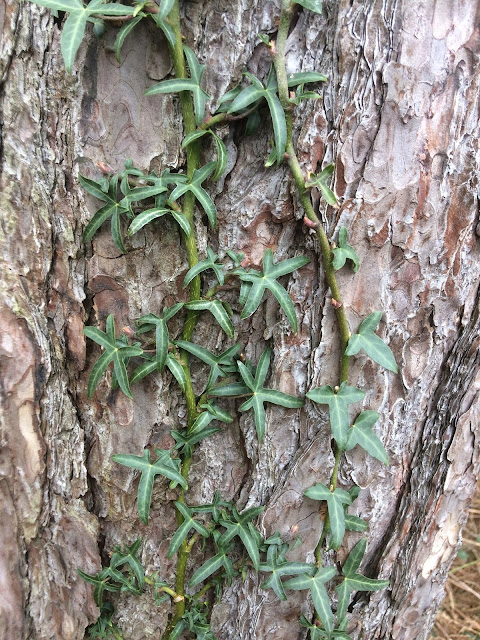 Posted by David Broughton at 20:08 No comments: