I have blogged previously about some of the more unusual hawthorns gradually filling up our countryside, and I always like to keep my eyes open at this time of year for anything that might be different. Some recent finds are still defeating a name.

Last Sunday I was caught a little by surprise when I looked up into a hedgerow near Skelton Lake (VC64) and saw a lot of large black fruit dangling down. These were very succulent, with red-tinged flesh under the skin. Further examination revealed 3 pyrenes per fruit. So instantly my brain was thinking, and regardless of the common name, Five-seeded Hawthorn (Crataegus pentagyna). This species has 3 to 5 pyrenes. This identification was later confirmed at home using a combination of Sell & Murrell and the monograph by Christensen. If I'm honest the latter seems to be a little more user-friendly, and perhaps more representative of the variation present in this genus of notoriously variable species. But both are useful, and its nice to be able to compare and contrast. 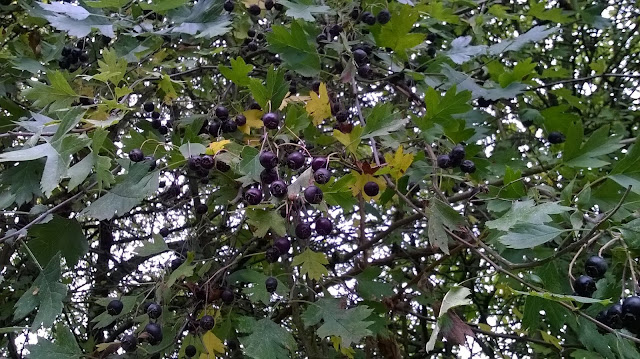 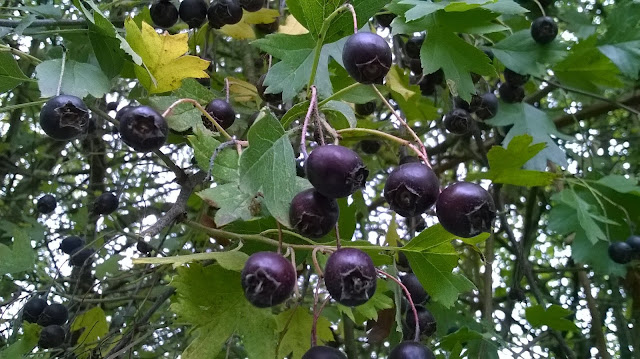 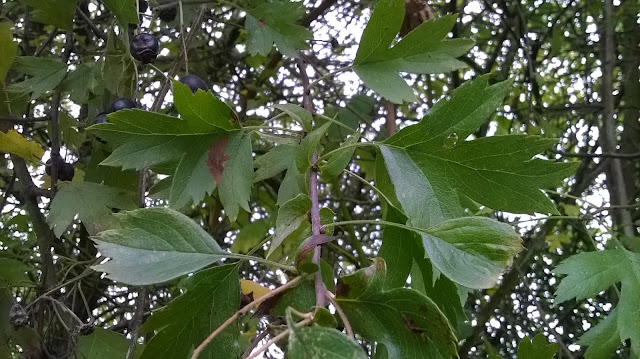 Further on I found another bush with comparable fruit but very different foliage. I am working on the assumption this is the cross with Common Hawthorn (Crataegus monogyna) i.e. C. x rubrinervis. Christensen makes clear this can have black or purple-black fruit so I am not put off by the description of brown-black fruit in Sell and Murrell. If any one else has experience of the hybrid I would be pleased to receive thoughts/advice. 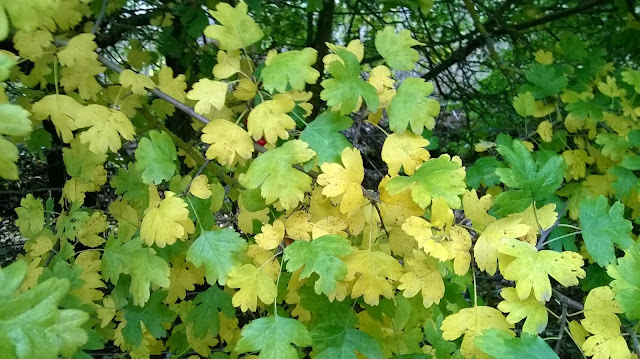 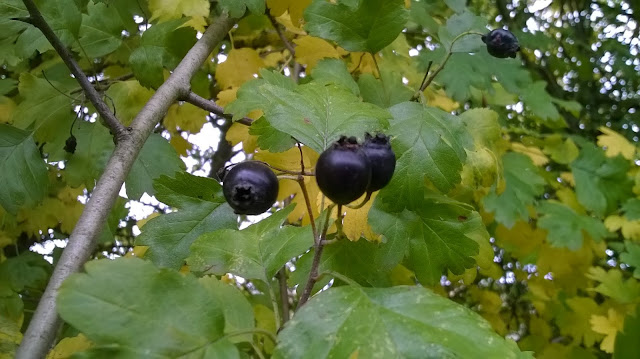 Posted by David Broughton at 19:34 No comments:

It really has been an exceptional year for investigating the drawdown zones of my local lakes (Skelton and St Aidan's, VC64) in south Leeds. Even now, at mid-September, they have been continuing to throw interest with the best numbers for several years of Golden Dock (Rumex maritimus) and Nodding Bur-marigold (Bidens cernua).

The latest surprise, as of last weekend, was the abundance of the dwarf decumbent form of Red Goosefoot (Chenopodium rubrum var. pseudobotryoides) at St Aidan's. September really is its season. I've blogged about this plant before when I found it at Eccup Reservoir, and this is the first time I have seen it since then. I believe this may be its first appearance at St Aidan's, certainly I have not noticed it in previous years. 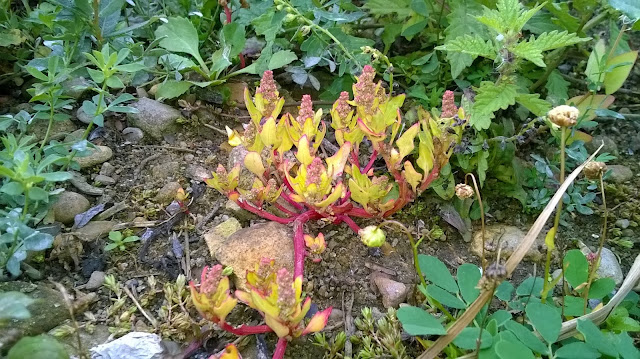 While the evidence is slim there does seem be some indication that this variety has a genetic basis, and that it is not just a response to environment and season. Certainly it is hard to believe it could suddenly turn into the typical plant. I think points in its favour are that when it occurs it does so with great uniformity and often in its 100's, and it coexists with late germinating plants of the typical form which are very small but otherwise perfectly typical. 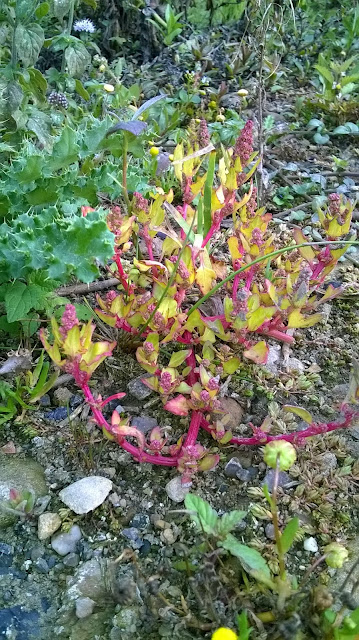 The stem is characteristically a vivid red, but the leaves are not always this yellow, I think these plants have either been hit by recent cool nights or are running to seed. Given it leaves it so late into the season to appear, it probably lives fast and dies young. 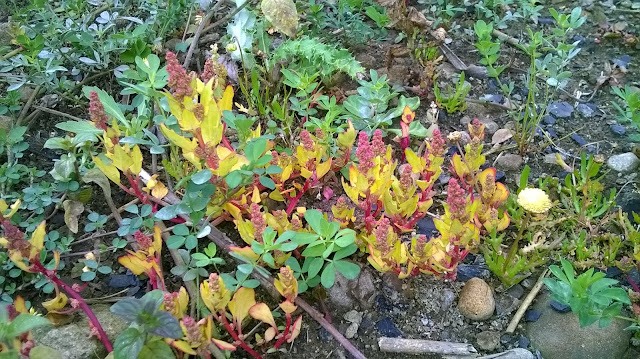 Finally, I can't really mention Golden Dock without including a photograph. So ... 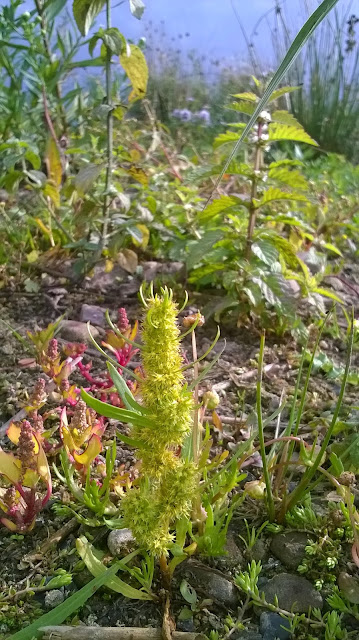 Posted by David Broughton at 21:27 No comments: