Mudwort (Limosella aquatica) is very much the plant of the moment, having been found at a number of sites in VC64 and neighbouring VCs over recent days. So if you have a reservoir near you with public access then its worth a search.

It is not a common plant nationally - see the excellent BSBI Database which now has open access to the maps, and perhaps use it to identify historic locations for targeted searches. I am sure it must still be present at most of the larger upland lakes and reservoirs. Following on from the last blog it has now been found for the first time at Eccup Reservoir (two new tetrads and one new hectad), Scar House Reservoir (new hectad) and Scargill Reservoir (first hectad record for decades). Please bear in mind that not all these sites have public access, there are plenty more reservoirs with public access worth searching. I would also love it if it was found in Huntingdonshire, where there are plenty of old mineral workings. It is much less common in that part of Britain, but it is known from similar habitats at Titchwell (VC32) so its not impossible and there are a number of very old records. 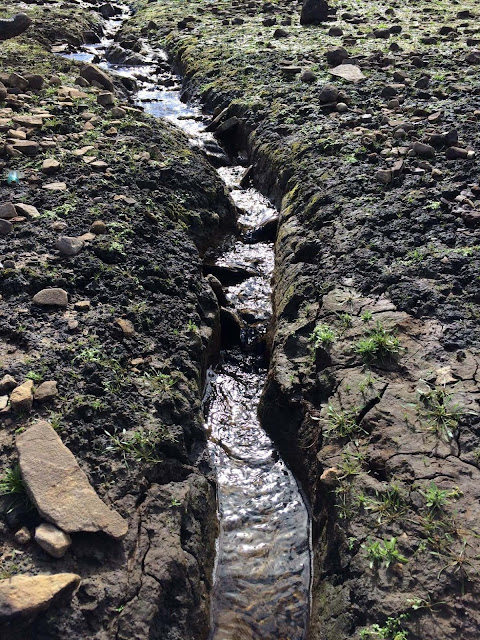 Part of the reason for recent finds is focussed searching at a time of year when botanical recording activities are winding down. I have been lucky enough to be doing reservoir surveys recently and have been getting my colleagues to keep their eyes peeled also.

Other associated highlights include a new population, and a large one at that, of Small Water-pepper (Persicaria minor) at Eccup. This a major range extension. Like the plants in the reservoirs along the Washburn valley, the plants are all white flowered. Eccup also provided 1000's of plants, enough to be certain it was not just a chance aberration, of an unusual form of Red Goosefoot (Chenopodium rubrum). This goes by the name of var. pseudobotryoides and is readily distinguised because the plants form prostrate to decumbent mats with small leaves. The stems upturn at the end where they produce short inflorescences. Stupidly, I took no photos but there is a picture here. Not the best botanical illustration but it is excellent for showing the general jizz of this variety.
Posted by David Broughton at 20:40 No comments:

The Draw of Draw-down

Draw-down, the seasonal exposure of sediments around the margins of ponds, lakes and reservoirs over the summer, is a habitat I always like to explore whenever I have the opportunity. It is as appealing to me as arable field corners, as you never know what you might find, and there can be much of interest in late summer when other habitats are winding down.

I have been lucky enough to get around a fair few reservoirs in VC63, 64 and 65 in recent weeks and have found plenty of surprises and also, to be honest, a fair amount of not so much. Its the boring sites that make the other sites so much more rewarding. Here are a few of the highlights. 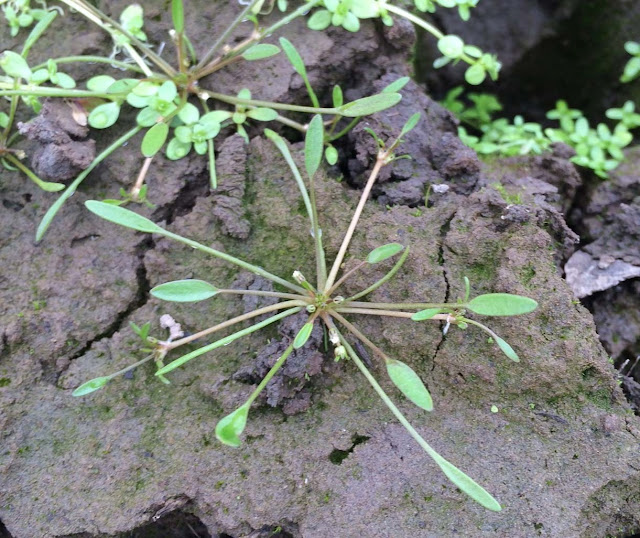 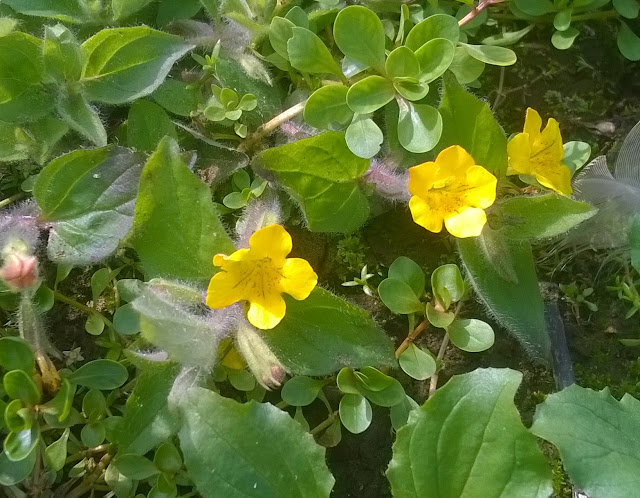 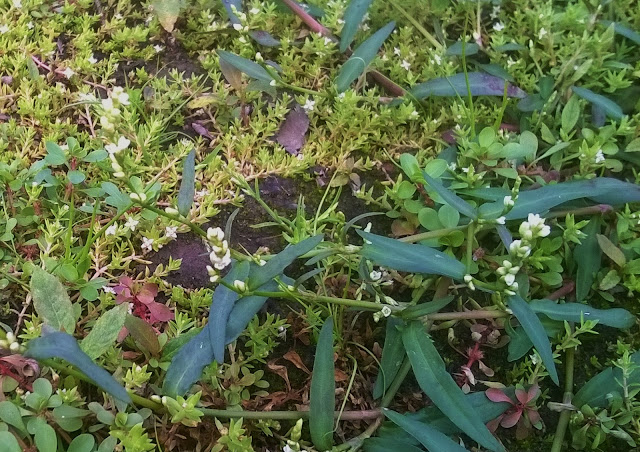 A rather poor photo that does not do justice to this delicate species - Small Water-pepper (Persicaria minor var. minor). The whole population at Swinsty and Fewston is the unusual white-flowered form. The more typical pink-flowered form was encountered later at Leighton Reservoir 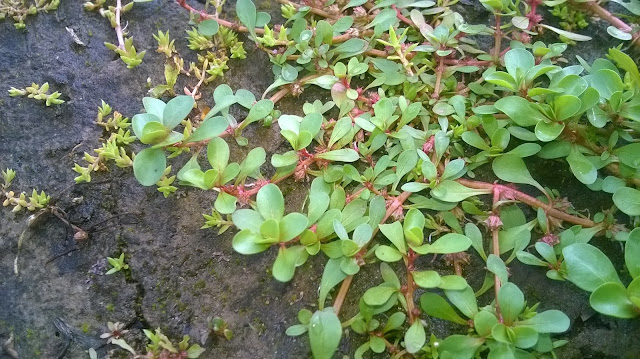 Not as rare as the preceding species, but it is always nice to see Water-purslane (Lythrum portula subsp. portula). 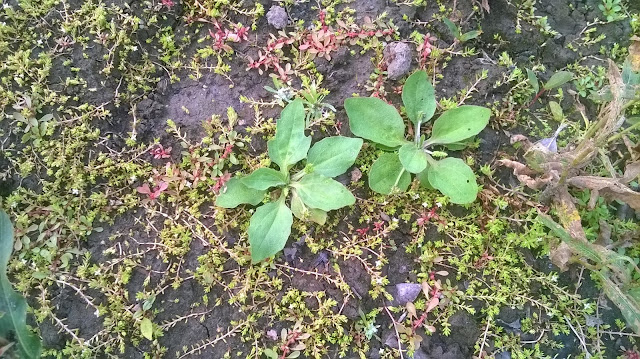 You've probably noticed the recurring theme in most photos by now - the menace that is New Zealand Pigmyweed (Crassula helmsii). Please take care to clean your boots so as not to help it spread any faster than it is already managing, otherwise you get this .... Fewston Reservoir, that really is all New Zealand Pigmyweed and this is but one small part of the infested shoreline of this large reservoir
Posted by David Broughton at 20:32 No comments: