Sarah Lambert has sent news of a botanical hotspot associated with the site of the former Peterborough East Railway Station, New Fletton (VC31). For the full details see Sarah's Blog.

The two most exciting finds are the Red Data List Wall Bedstraw (Galium parisiense), only the second site in the county, and the very rare casual Southern Beard-grass (Polypogon maritimus), the first record for Huntingdonshire. See below for photos of both taken from Sarah's blog. 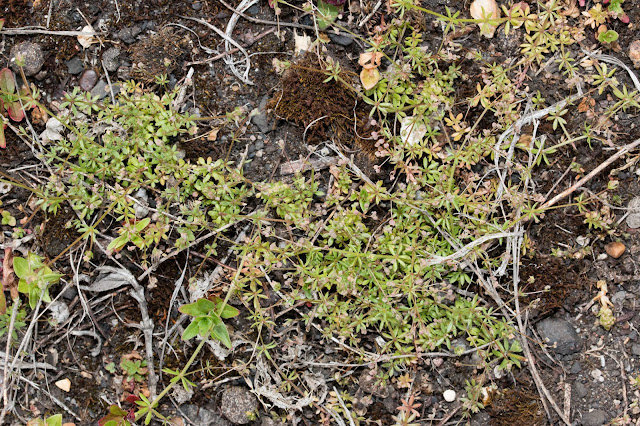 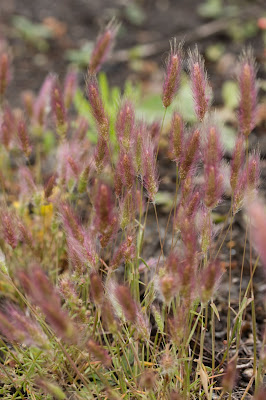 Posted by David Broughton at 20:51 No comments:

Jane Croft sends these photos and news that Crested Cow-wheat (Melampyrum cristatum) is doing well at Easton, Huntingdonshire this year with 100's of plants in bloom. This uncommon species is very much a speciality of East Anglia, with the population at Easton being one of the largest and certainly the most accessible in the county. 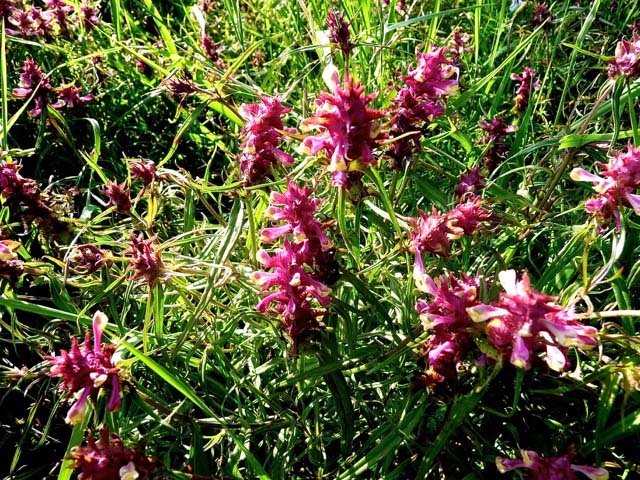 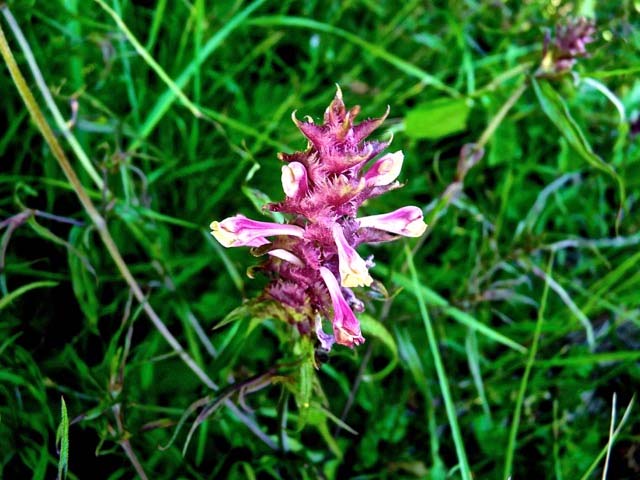 Posted by David Broughton at 20:29 No comments:

Just spent the last few days down in Cambridgeshire (VC29) monitoring the progress of recently created calcareous grassland near West Wratting. The grasslands were putting on a good show and alive with bumblebees and butterflies. This unusual blue-flowered form of Common Mallow (Malva sylvestris) caught the eye, I thought it was Chicory (Cichorium intybus) until I got up close. It is very similar to some cultivated forms, but there are no grounds to suspect anything other than a natural occurrence via a chance mutation. 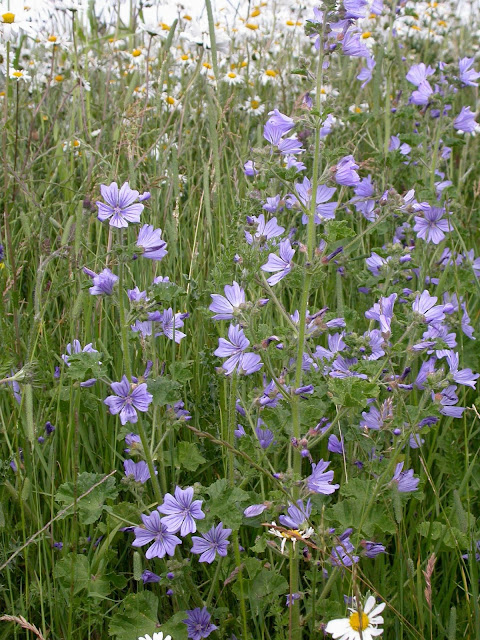 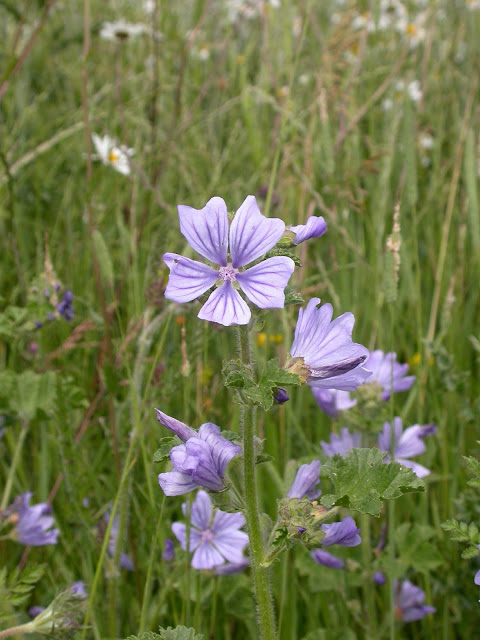 Posted by David Broughton at 19:52 No comments:

Email ThisBlogThis!Share to TwitterShare to FacebookShare to Pinterest
Labels: Malva

Blink and You'll Miss It

Grass-vetchling (Lathyrus nissola) is one of those plants that is only visible for a few brief weeks each year, so its always a pleasure if you manage to find it in full bloom. Brian Davis sends news that he has just re-found it at Kimbolton Airfield, Huntingdonshire where it was last reported 10 years ago. I was also lucky enough to find a 100 or so plants along an arable margin at Old Weston, where the following photo was taken. 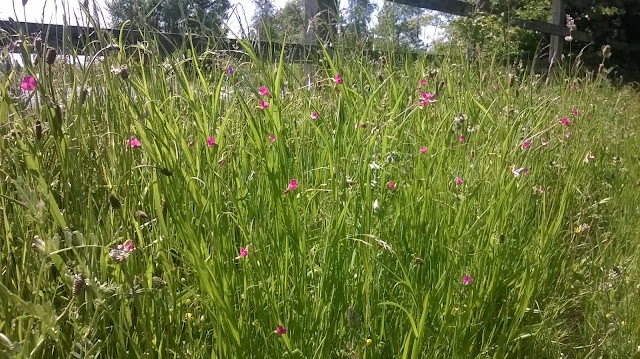 While enjoying the vetchling, something else caught my eye that I would otherwise have missed. An unusual vetch with a yellow tinge to the flowers (although not as yellow as some books suggest - it is quite a variable species and a pinkish tinge to the standard is not uncommon) and distinctively hairy seed pods. This turned out to be Yellow Vetch (Vicia lutea), new to Huntingdonshire. 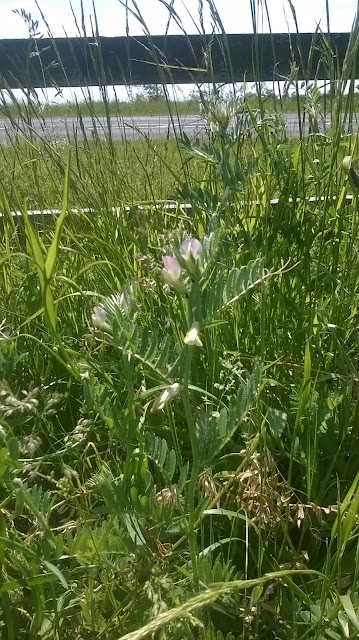 Posted by David Broughton at 20:44 No comments:

New Zealand Bitter-cress (Cardamine corymbosa), as the name suggests, is a recent arrival to these shores and was recorded for the first time in 1975 in Edinburgh. Since then it has spread rapidly across the UK, so it is no great surprise that it has finally turned up in Huntingdonshire. It is an annual species that can be found as a horticultural contaminant, spreading via potted plants from garden centres to gardens. Peter Walker sent me these photos in April to identify, earning himself a new county record in the process. 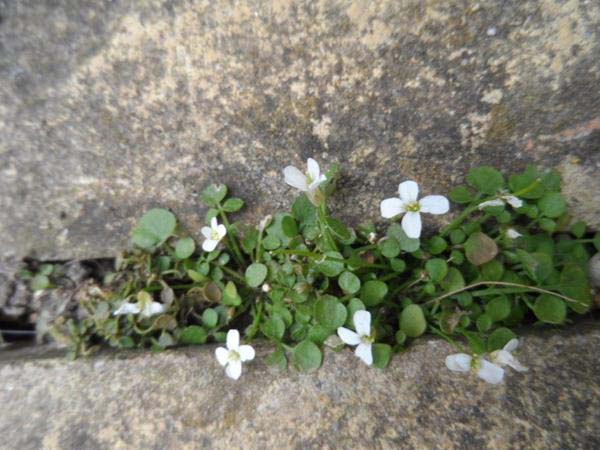 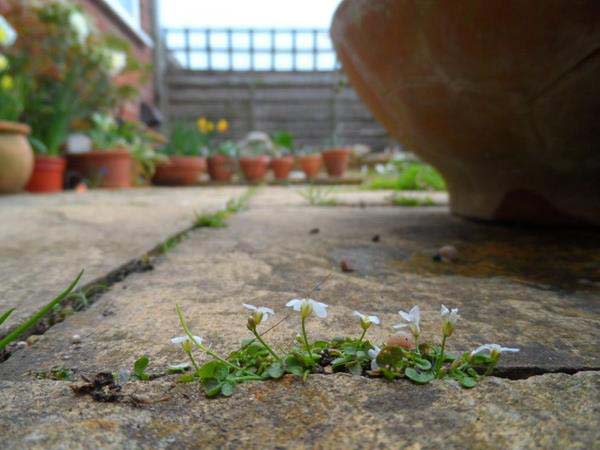 Posted by David Broughton at 16:29 No comments:

Email ThisBlogThis!Share to TwitterShare to FacebookShare to Pinterest
Labels: Cardamine

Yellow Nonea (Nonea lutea) is a rare garden escape with the BSBI database currently holding just 60 records for the whole of the UK. I found this species in Whixley in April this year, during a trip to improve coverage of this under-recorded part of VC64 for the BSBI Atlas 2020 project. 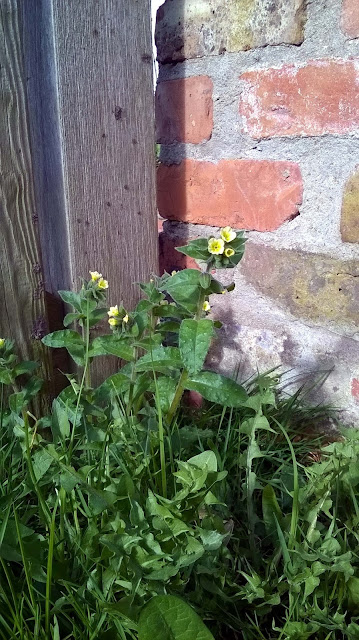 Posted by David Broughton at 16:16 No comments:

Email ThisBlogThis!Share to TwitterShare to FacebookShare to Pinterest
Labels: Nonea

"It is not the business of the botanist to eradicate the weeds. Enough for him if he can tell us just how fast they grow." (C. Northcote Parkinson)

While I get into this blogging lark, I thought I would revisit a few finds from 2014. I found this purple curiosity in Garforth, Yorkshire on a trip to my favourite local nursery (Millrace Nursery, sadly no longer trading after this year). Purple Greater Plantain (Plantago major ssp. major 'Rubrifolia'), a horticultural selection, grows true from seed and has vigorously colonised the lawns and borders of the gardens at Millrace. I wasn't entirely comfortable recording it as a "wild" plant from the gardens (although I would have had no similar qualms with regard to its wild relative), but I soon found it escaped over the garden fence in the adjacent pasture and farmyard making it fair game. 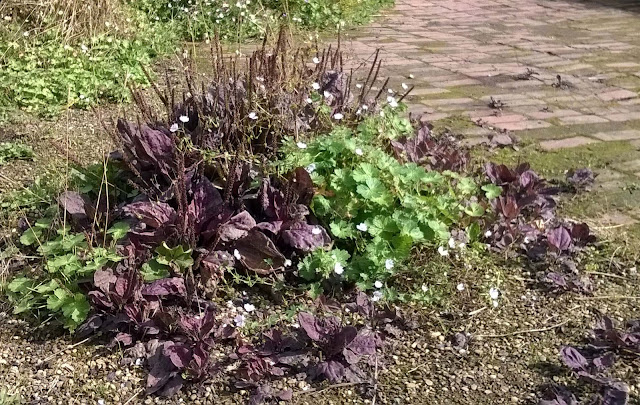 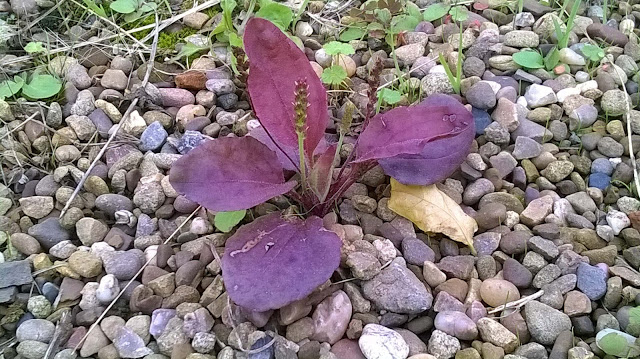 Posted by David Broughton at 13:38 No comments:

I popped back to Stilton Church last Sunday to check on a plant first seen at the end of winter 2014 naturalised on a grave in the churchyard. At this time I thought it was Fish-plant (Houttuynia cordata) but as it had not put on much growth I was not 100% certain of the ID. This time the plant was in full growth and romping over two graves and the space between, and I was pleased to confirm the ID as it is the first record for the county.

The wall surrounding the churchyard is notable for its large population of Wall-rue (Asplenium ruta-muraria), perhaps our best location for this county rarity. 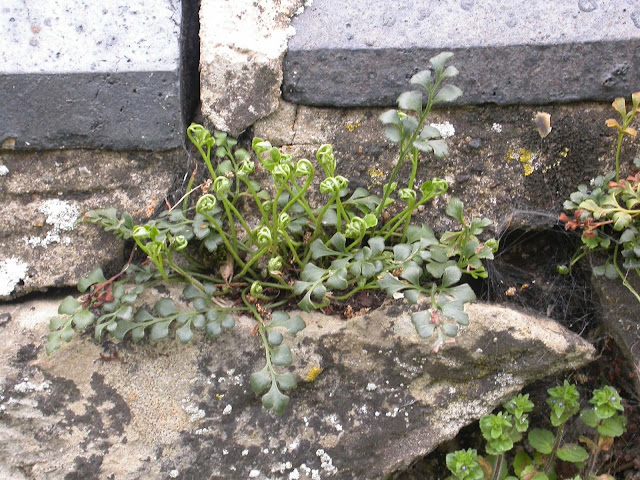 Even rarer, and nice to re-find, is the small colony of Rustyback (Asplenium ceterach). Two mature plants were found along with a small more-recently established plant. Currently this species is only known from two locations in Huntingdonshire - Stilton and Model Farm, Old Weston. 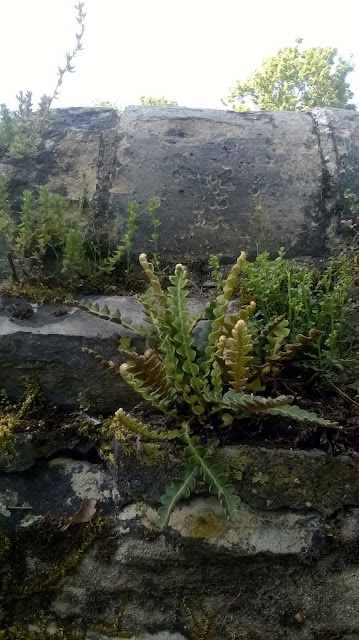 However, the best find was left till last. When photographing the ferns I caught a glimpse of red and yellow on the other side of the wall and was surprised to see a Columbine. This is Long-spurred Columbine (Aquilegia x cultorum), a name covering numerous hybrids derived in cultivation from crosses between various Columbine species. In this instance there seems little value in trying to assign the plant to a cultivar given it is self-sown and has probably not come true. A great find to end the day and new to the county. 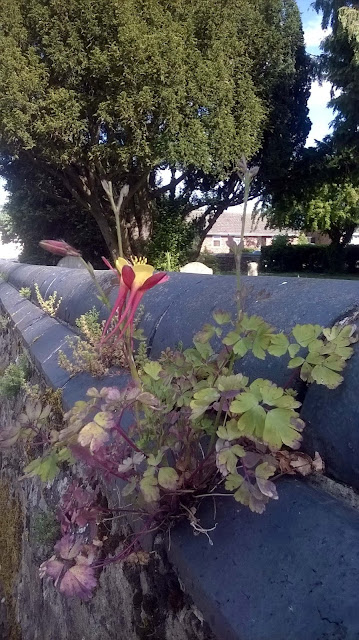 Posted by David Broughton at 12:56 No comments: