I made good use of the extra day this month to walk over to Great Preston (VC64) in the last of the sunshine before the rains return. Hollinhurst Wood turned up a few new species that I had not had previously for the site and/or the hectad. These included naturalised Box-leaved Honeysuckle (Lonicera pileata) and Highclere Holly (Ilex x altaclerensis). The latter is widely naturalised in Yorkshire, and I include a photo below in case it helps others get to grips with this species. It is very variable, merging into the parent species at the extreme ends of variation, but this example is pretty representative. Note the relatively matt mid-green leaves and the relatively large and broad leaf shape, which help distinguish it from our more attractive native Holly (Ilex aquifolium). 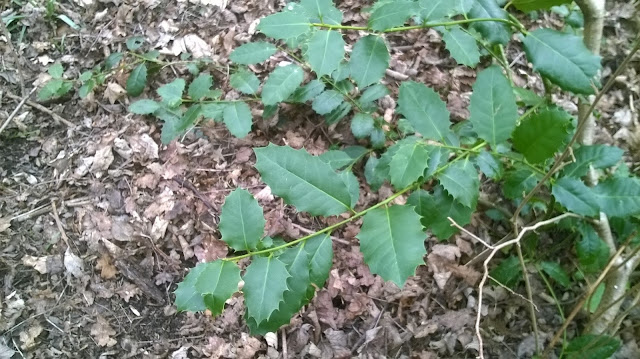 There was also a small tree of Cherry Plum (Prunus cerasifera) struggling to grow in the dim light of the woodland. 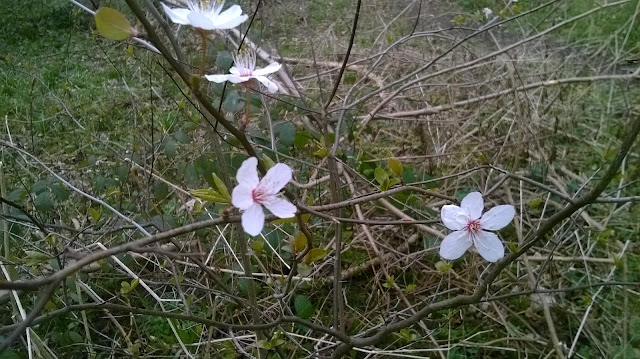 A small area at the northern end had clearly been the targeted by some misguided soul who felt it necessary to introduce garden plants into native woodland. The plants present included Hybrid Snowdrop (Galanthus x valentinei nothosubsp. valentinei) - of which more later in this post - and some well established clumps of Spring Starflower (Tristagma (Ipheion to the gardeners) uniflorum). The latter was not in flower yet and all that was present was these grassy tufts of garlic scented foliage (see below). 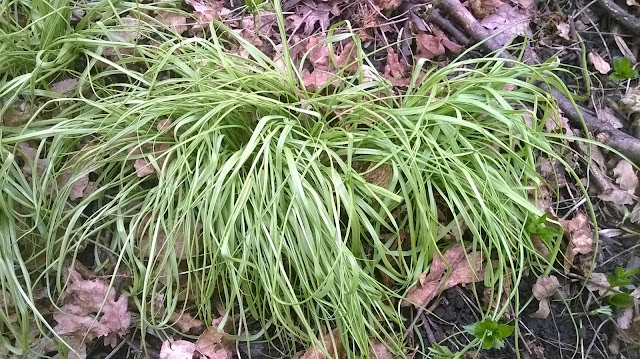 In contrast, the Eastern Sowbread (Cyclamen coum) was not very happy (the soil is a bit wet for this species) and is unlikely to persist. 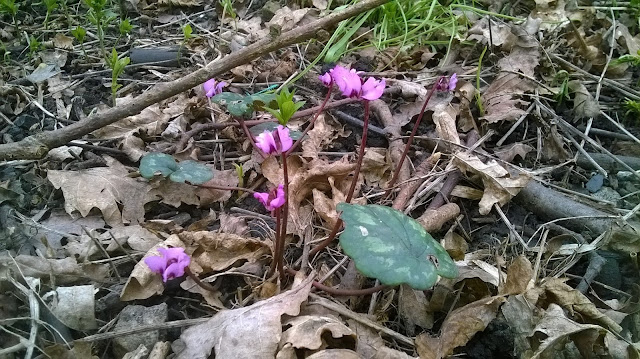 Finally, my walk back took me past Swillington Park where a hedgebank supported a thriving colony of Hybrid Snowdrop. Again, this seems to be the cultivar 'Magnet', which, given it was first found in 1888, has had nearly 130 years to achieve a wide distribution. 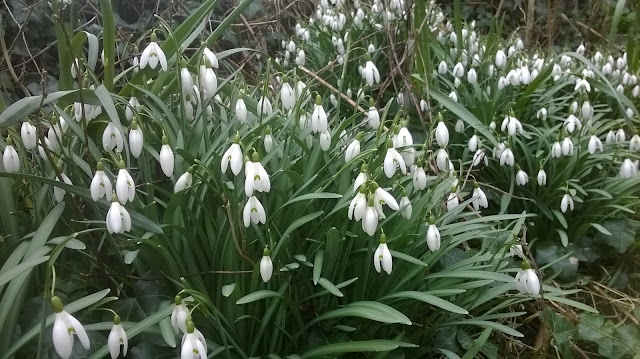 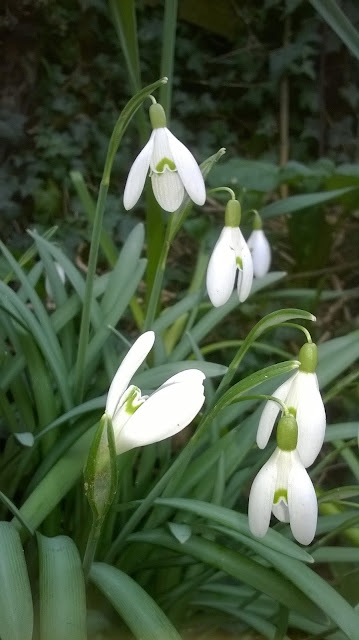 Posted by David Broughton at 20:07