Mid-West Yorkshire is a relatively rich area for native Lady's-mantle species (Alchemilla spp.), although they can be fussy in their habitat preferences and many are losing ground to agricultural improvement and other habitat change. Huntingdonshire in comparison was only ever blessed with one species and it has been extinct for quite some time.

In comparison the following species is doing well, rather too well. Soft Lady's-mantle (Alchemilla mollis) is a robust species that has escaped from gardens and is rapidly spreading into semi-natural habitats. It is widespread in Mid-West Yorkshire and can be found in some surprisingly remote locations, so it evidently has good powers of dispersal. It has been less frequently recorded in Huntingdonshire but I suspect it is overlooked as the county supports fewer active botanists. These photos were taken this weekend along The Avenue at Temple Newsam (VC64). 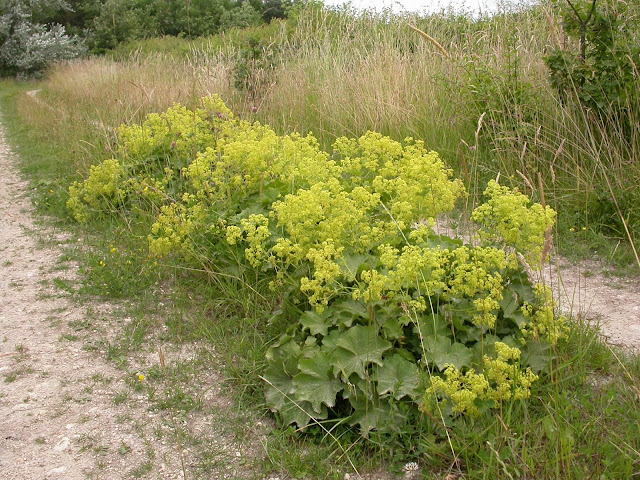 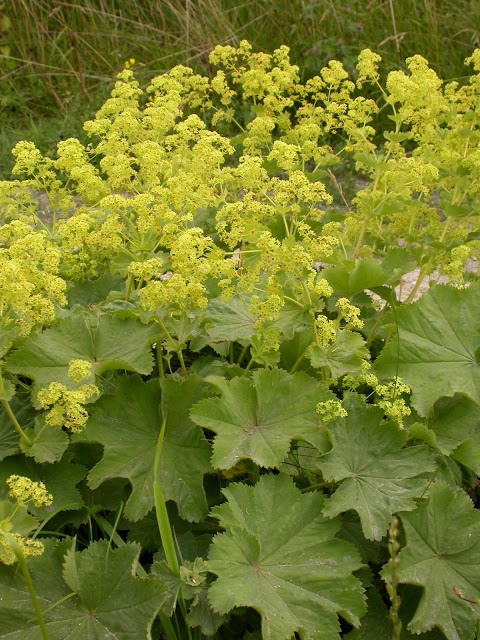 Posted by David Broughton at 20:51